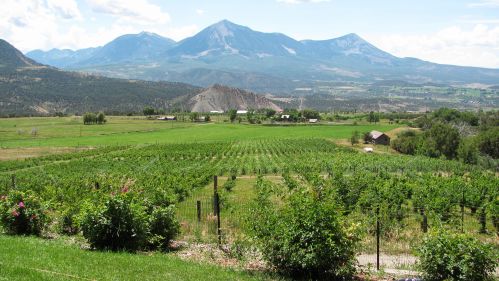 Like a number of communities in Colorado, the valley where I live has been engaged in an effort to constrain oil and gas development to keep it out of our water supplies, our favorite recreational areas, our towns, farms and communities.

This effort has been met with mixed success.  We banded together to stop an ill-advised Bureau of Land Management lease sale, deferring it twice.  We compelled the BLM to consider a community-based alternative as it revises its very stale 1980s era land use plan, and local conservation groups have successfully challenged some other projects—sending them back for a time to the drawing board.

But more than 80,000 acres of public lands are leased in the upper reaches of the North Fork, many private lands are already under industry control, and Texas billionaires with privately held gas companies have their sights on acquiring more.

END_OF_DOCUMENT_TOKEN_TO_BE_REPLACED

The “Church,” Climate Change, and the Decline of the Bees

The Pope is getting all the news today on Climate, having clarified – the faithful are told to believe—that God is not OK with trashing the earth, and that we need to do something about that.

“The climate is a common good, belonging to all and meant for all.”

But as Francis has his eyes on all Creation – the World writ large – the sometimes mysterious working of the world in detail are where most of the stuff gets done.  Like pollination.  This week is, after all, also National Pollinators Week.

Birds, and bees and others among the panoply of species populating our planet are not just buzzing around your sugary drink, or swooping hotdogs off your picnic table.  They too are doing the Lord’s bidding, in small but crucial ways.  Like keeping three-quarters of the world’s plants alive.

Most people know by now that bees are in decline and that this is a major problem – for the obvious reasons, because we also like food.  Some important food crops, like corn, are wind pollinated.  But most rely on pollinators.