Roan Plateau Gets its Day in Court

Colorado’s Roan Plateau has gotten its day in court–represented by attorneys from EarthJustice on behalf of ten sportsmen, wildlife, conservation and environmental groups.

The Roan Plateau is an ecological ‘hotspot.’  One of the four most biologically rich places in Colorado – and the other three are part of the National Park system.  The Plateau protects some of the purest strains of native trout in Colorado, includes globally rare and imperiled plant species, and is summer range and critical winter habitat (along the base) for deer and elk.

These public lands are irreplaceable: they provide popular hunting areas, clear and clean streams harboring native trout, and tens of thousands of acres of top quality backcountry lands with amazing natural and scenic qualities and abundant, outstanding recreational opportunities.   These lands should not be turned into an industrial zone.

Sportsmen groups and conservation groups, and thousands of Coloradans, have consistently supported a ‘middle ground’ plan that preserves the remaining public lands on top of the Plateau, carefully directs development on public lands below the rim, and still allows a majority of the area’s publicly-owned minerals to be leased and extracted over time.  The ten groups that challenged the Bush administration’s leasing of the Roan Plateau in 2008 have long contended that  their estimates show much of the gas in the Roan Plateau Planning Area (RPPA) can be recovered without drilling the federal lands atop the plateau.

On May 22, groups had the opportunity to make that case before U.S. District Judge Kreiger who scheduled the hearing to give attorneys representing the plaintiff groups, defendants (the BLM and U.S. Department of Interior), and Intevenors (oil and gas companies) the opportunity to address four specific questions.

The EarthJustice attorneys argued that the Bush administration BLM plan that allowed leasing of these public lands is incapable of protecting the many and unique resources that warrant special attention. In particular EarthJustice argued, on the first point, that the BLM failed to consider requiring that minerals under the public lands on top of the Plateau be developed via directional drilling from adjacent already developed private (and which is already owned by Williams and other gas companies), or from the developed, less sensitive public lands at the base.  Technologies to reach such resources have increased their horizontal reach significantly in the last decade.

The second issue involves the BLM’s apparently arbitrary decision to only analyze a small fraction of the impacts that are reasonably foreseeable from leasing these lands for oil and gas development.  The two remaining questions focused on the BLM’s failure to properly consider air quality impacts from drilling and developing these lands.

That drilling will turn the Roan into an industrial zone at a level never properly considered by the BLM is confirmed by the primary lessee itself—Bill Barrett Corporation—which has revealed plans to drill more than 3,000 wells on the public lands on top of Roan Plateau.  BLM only looked at the impacts from about 200 wells in the environmental document the agency used to lease these lands.

Citizens, sportsmen and conservation groups, and wildlife advocates have worked for over a decade to protect the unique Colorado and American treasure, which is the Roan Plateau.  Many look forward to a good resolution of this issue–one that ensures that even as private companies develop the publicly-owned resources of the Roan Plateau, they do so in a manner that protects the other uses, values and resources that these citizen-owned lands warrant. 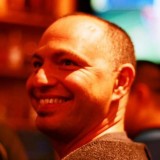